Flow Building: Who do you want to target?

On the first step of flow creation you’ll choose who you’d like your flow to target. Which of the three choices below is appropriate? This depends upon whether your flow is meant as a one-time blast, meant to target contacts at the moment they fall into a specific cohort, or whether this a flow meant to maintain a list within one of your channels.

When should you target specific segments? A few common examples are:

If you want to build a flow that dynamically maintains a growing list based off of one of your segments, you’ll want to select the third option here, “Both current and added contacts.” This will ensure that the list synced to your channel is constantly updated depending upon when contacts fall into and out of certain cohorts. Common use cases here would be list maintenance within your email service provider for newsletter sends, and Facebook/Google Adwords custom audiences.

If you’re looking to build a flow that targets a group for a single triggered send (for example, if you wanted to extend an invitation to an event to every member of your loyalty program living in New York City) you should choose the first option, “All contacts currently in this segment.” This flow is “static”: once the flow is created, the membership of this flow will not change.

Selecting “Contacts who are added to the segment” ensures that your contacts only receive messaging upon entry into a cohort - this would be the appropriate selection if you’d like to implement a triggered send to relevant contacts at a specific moment in the customer lifecycle. This choice is a best practice when targeting contacts on a sliding time window - for example, it allows you to automate a message to any given contact at the moment they become 12 months dormant. Most of the time, you’ll want to trigger sends that target contacts that are newly dormant, rather than the entire static segment (as would be the case if you selected “All contacts currently in this segment”).

Let's drill down on an example in which we match each of the three targeting options against a segment named "12 month dormants" that includes every contact that hasn't purchased in at least 12 months.

1. All contacts currently in this segment:
This first option targets only contacts that are currently in the segment. This is commonly referred to as a "static segment"; once the flow is created, membership in this flow will not change.

Executing a flow against this option would result in targeting all dormant contacts; those with a last purchase of 12 months ago, and also those that haven't purchased 2 years, 3 years, etc. as well.

This example can be thought of as an historical reactivation and will not target contacts in the future as they become dormant.

The following diagram illustrates how this criteria works; blue contacts are targeted and as the segment updates, new contacts are not targeted by the flow, despite the fact that they may qualify for the underlying segment at some point in the future. 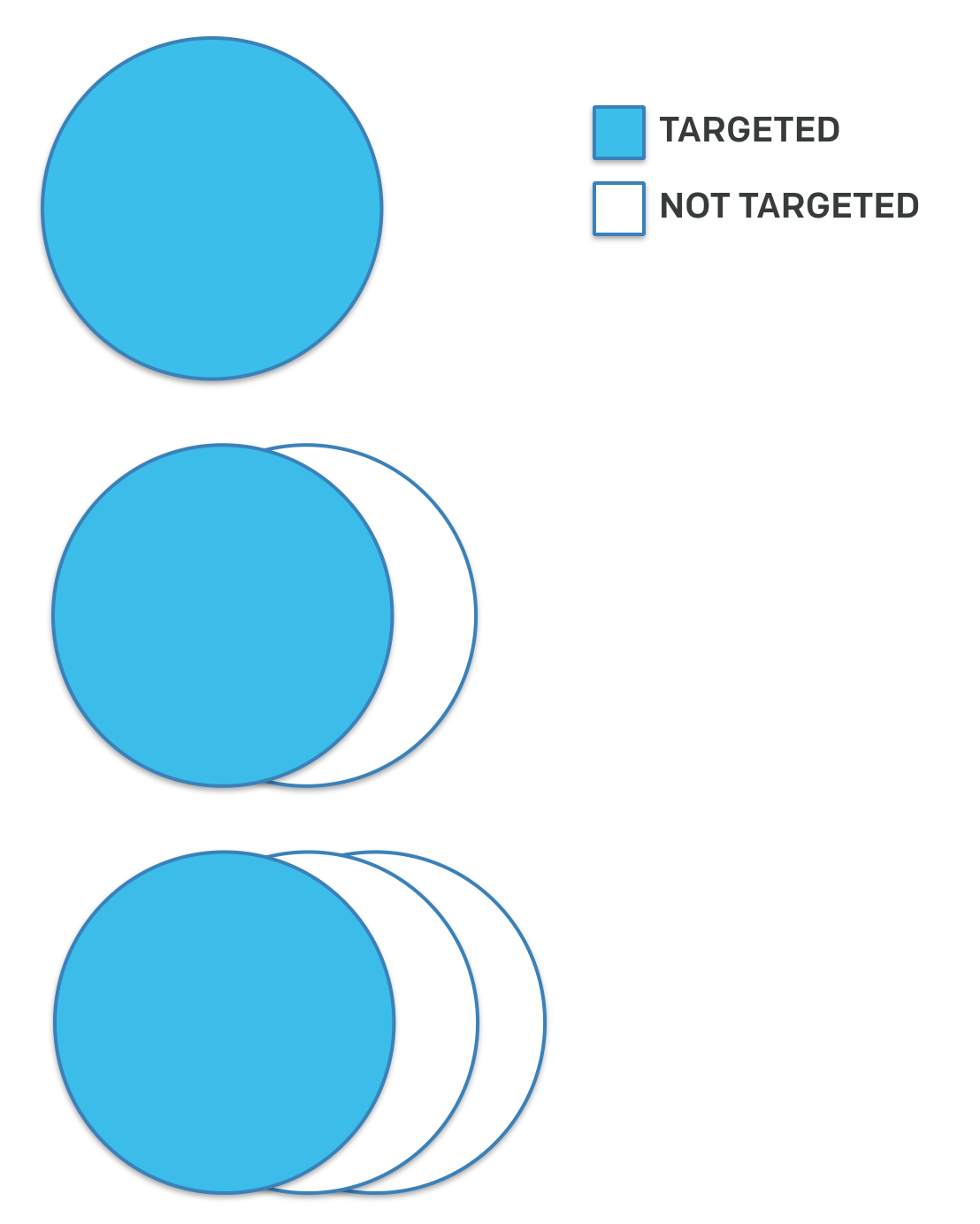 2. Contacts that are added to the segment:
The second option targets only contacts as they're added to a segment. This is commonly used in a triggered campaign context to automatically target people as they qualify for segments in the future.

Executing a flow against this option would result in targeting only those contacts that are exactly 12 months dormant, as they hit that "12 month dormant" mark.

This example can be thought of as a rolling 12 month reactivation.

The following illustrates how this criteria works; initial contacts are not targeted by the flow, and contacts are targeted only after they're added into the segment. 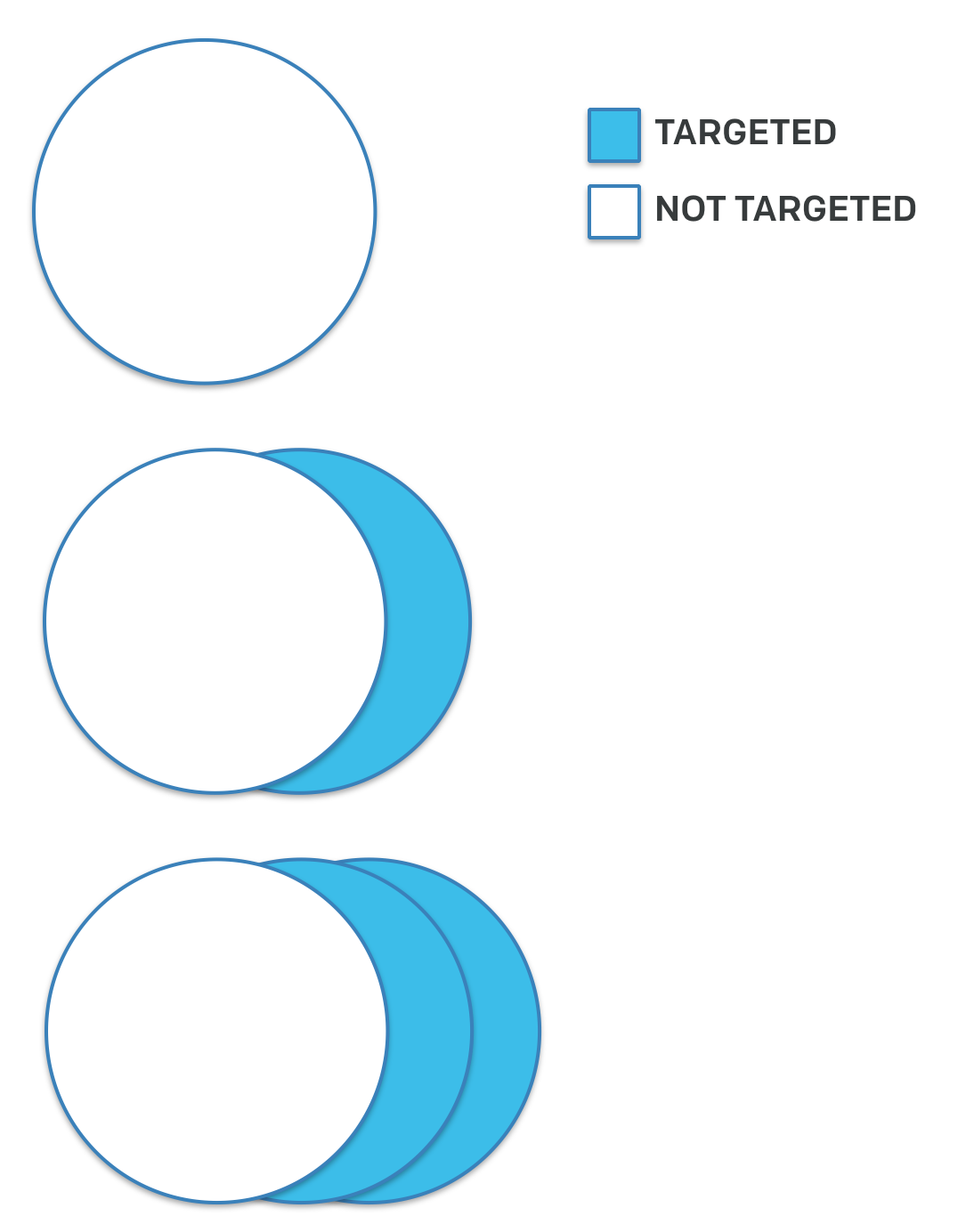 3. Both current and added contacts:
The final option targets both contacts that are currently in-segment, and also targets people as they're added to the segment, in other words as they become "12 months dormant."

Executing a flow against this option would target both sets of contacts from the two examples above, and this example can be viewed as an "historical + rolling" reactivation campaign.

The following illustrates how this criteria works; contacts that are currently in the segment are targeted, and contacts are also targeted as they're added to the segment. 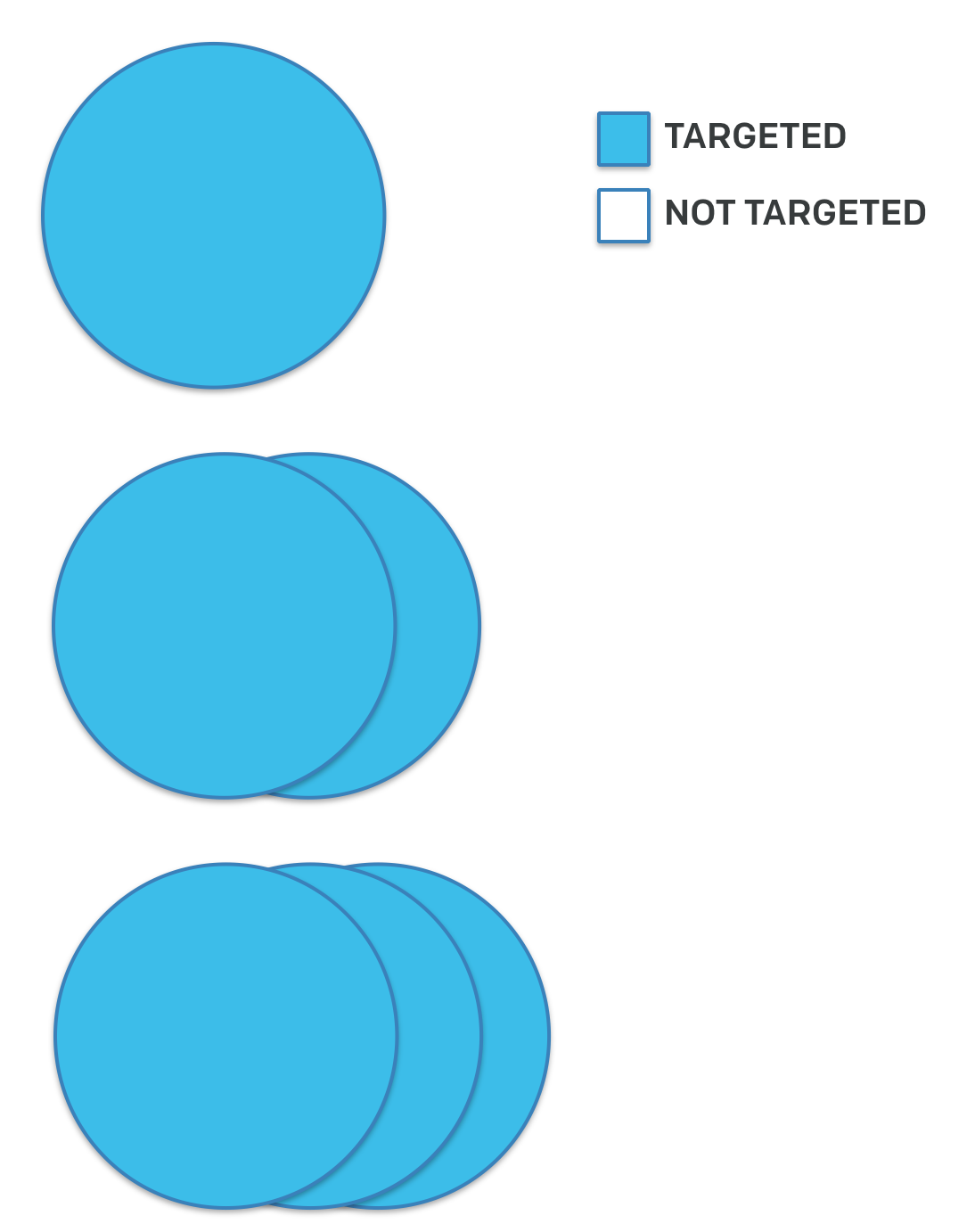 Triggered flows include triggered emails, push notifications, and SMS messaging. In a triggered flow, Simon coordinates the sending of the message.

In both of these flows, Simon adds contacts as they enter the specified segment. Additionally, for list-based flows, Simon also removes people from lists as they're removed from the segment. For example, a flow targeting a segment of 12 month dormant contacts would remove contacts once they're no longer in-segment (for example, if they become active).

Did this page help you?